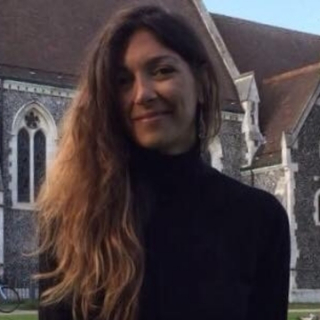 Dr. Zappa earned her M.S. degree with honors in pharmaceutical chemistry at University of Naples Federico II in Italy in 2011 and her Ph.D. degree in 2017 at the Open University (UK). In her M.S. thesis, she focused on the synthesis of a new class of FXR agonists. During her Ph.D., she worked on on the response and adaptation of the secretory pathway to environmental conditions that alters cell homeostasis in the laboratory of Prof. Antonella De Matteis at the Telethon Institute of Genetics and Medicine (TIGEM) in Naples. Her work led to the discovery of a molecular mechanism for ER-to-Golgi transport controlled by stress granule formation. Mutations in key components of this general mechanism have been linked to the X-linked skeletal disorder known as spondyloepiphyseal dysplasia tarda (SEDT). Before joining the Acosta-Alvear lab, Francesca was a post-doctoral scholar in the de Matteis laboratory.

Francesca loves talking about science over white wine with friends. She joined the Acosta-Alvear lab in June, 2019.

Francesca is interested in understanding how stress signals can be transmitted between cells, specifically on cell non-autonomous UPR mechanisms.